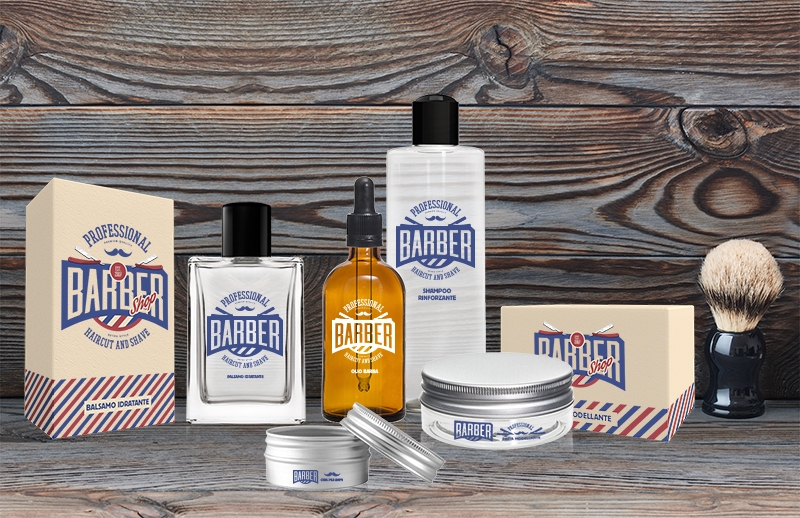 The barber: an ancient craft

The barber is a craft that has very ancient origins, dating back to the Middle Ages. The symbol that distinguishes them, probably the best known, is the famous "barber pole", the colored pole with a spiral of red and white stripes, in the American version also blue; a signal that warned that the barber not only cut beard and hair, but also offered medical services.

After 1700, the figure of the barber has evolved several times. In the 50s and 60s, when the care of beard and hair was fundamental, the barber shop became the masculine place par excellence. With the arrival of the eighties, this ancient profession became an almost forgotten profession, to give space to the figure of the unisex hairdresser. Only in recent years has the barbermaker managed to regain his role: the barber, or rather the barber shops, are no longer unreachable places, on the contrary, they are increasingly present in our territory where many healing treatments for beard and hair are offered, along with specific cosmetic products and lines. 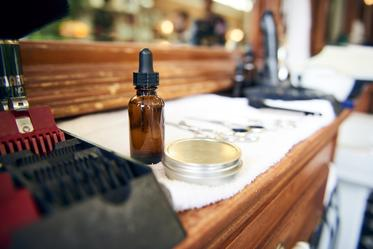 In Italy, according to the Centro Studi di Cosmetica Italia, starting from 2013, the number of barber shops has increased by 70%. In 2015, the men's sector generated 30% of global beauty sales, with 163 million approximately spent on beard products and 350 million on perfumes, an increase of 2.7% compared to last year, which is estimated to rise by more than 8% at the end of 2017. The barbershop phenomenon continues to grow and evolves towards innovative and sophisticated forms, starting from the treatment of beard and mustache with the introduction of new products, such as definition gel, softeners and soapshe highest quality, which make the experience special and personalized.

Bottles and jars for Barber Shop 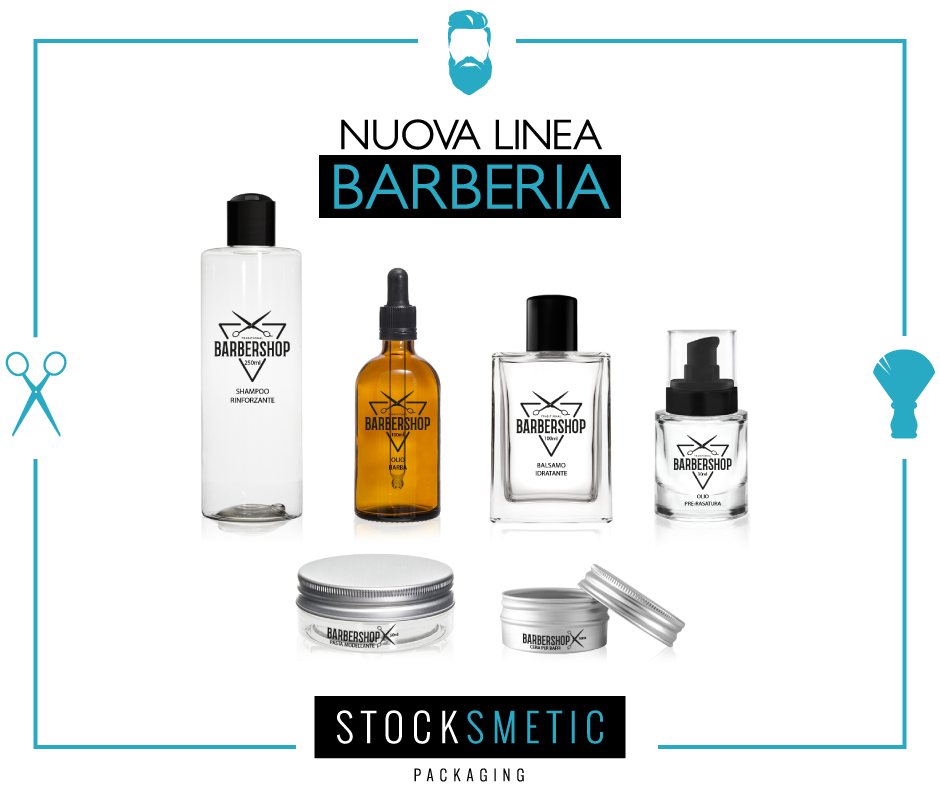 For this reason, Stocksmetic has created the linea Barberia, the collection that offers a series of bottles and vases with a unique and refined design, designed specifically for men's cosmetics products and designed for cosmetic companies or barber shops that want to create their own line. The plastic and glass bottles are designed for shampoo, conditioner and oil pre-treated, while the glass and aluminum jars are perfect for waxing and shaping pastes.

Thanks to this special collection, anyone who wants to enter the cosmetic market of barber shops can create their own line from scratch, customizing it at 360° degrees: starting from bottles and vases up to the creation of snails and labels with logos and graphics without additional costs of plant and start-up.

Suite Barber Shop: beard and mustache also in the hotels 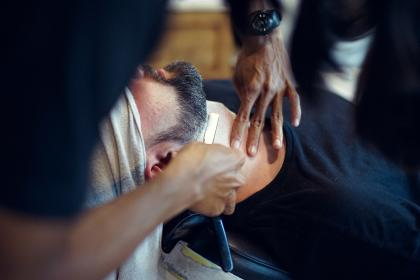 If you are multiplying the new openings of luxurious barberries, such as Barberino’s, where the culture of North American barber shops meets the atmosphere of Sicilian barba rooms, the Luxury Hotels and the one of Cruise Ships are also approaching this world. In fact, in the wake of the recent boom in the Italian barber industry, hotels and hotels have decided to invest in the "Suite Barber Shop".

The service of Suite Barber Shop is a growing trend in the Hotellerie Made in Italy: the barbershop returns to be the craft of the moment and men hosted in luxury hotels will be able to safely leave at home shaver, shaving foam and products for the care of beard and mustache. To grow the beard and bring it in a certain way is more than just a stylistic choice because it takes on the characteristics of a way of life. After more than a decade of glabrous bodies, the beard is the masculine accessory par excellence: from the pointed beards reminiscent of Pharaohs to the thick and viril ones used in Greek and Roman times, today the charm of barber shops with a vintage flavor comes back. 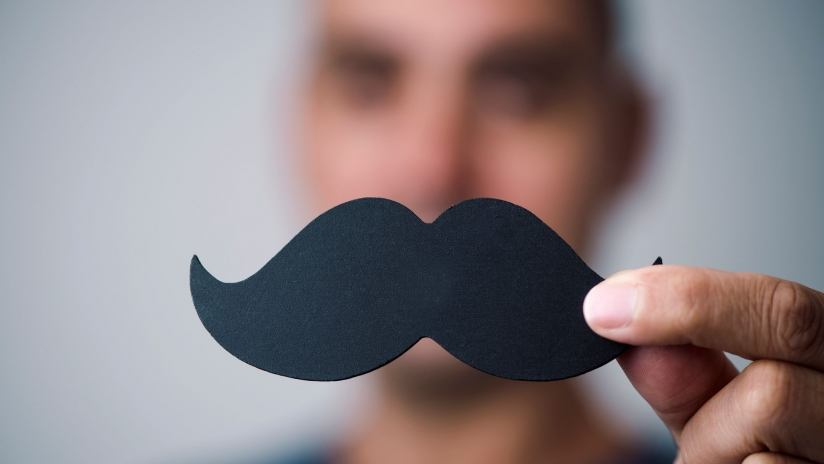 Also this year the appointment with Movember has renewed: the term of Anglo-Saxon origin comes from the jumble between "mustache" (baffi) and "November" and has given its name to an event that since 2003 aims to raise men's awareness on topics such as prevention and early diagnosis of prostate cancer.

The invitation that is addressed to all men is to grow the moustache within the dissemination and promotion of this important awareness campaign: for a month, in fact, men are asked to take care of their moustache by sharing on social networks growth and snacks, talking to acquaintances, friends, colleagues and asking them to participate in the initiative and provide a contribution through the platform “ex.movember.com”.

The aim of the initiative is thus also to increase awareness of the risks of the disease and raise awareness, especially among young people, of the need to adopt a healthy lifestyle, by contacting the doctor for any infectious disease.