History and Evolution of Packaging

Packaging is that wrapper used to store and carry a good so that it remains intact. According to the Italian legislation, in particular, the packaging is "the product, consisting of materials of any nature, used to contain and protect specific goods, from raw materials to finished products, to allow their manipulation and their delivery from the producer to the consumer or user and to ensure their submission".

Depending on the purpose that it covers you can classify packaging into three categories: primary, secondary and tertiary.

For primary packaging we mean packaging for sales, a packaging conceived so as to constitute a selling unit at the selling point for the end user. It is, therefore, a type of packaging which is very often in direct contact with the goods, and this makes it difficult to distinguish between container and content. Fall into this category, for example, bottles and beverage cans, glass bottles for perfumes, milk cartons, packets of cigarettes or packs of biscuits. 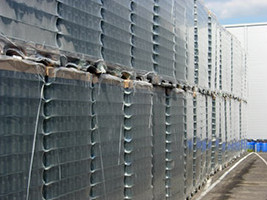 Packaging is now much more than just packing as it has assumed values that go beyond the mere functional needs. Let's briefly retrace the history of packaging to find out how it evolved and what roles it has played over time.

The evolution of packaging

Some form of packaging has always existed. Since ancient times, in fact, man has developed the need to contain and protect the fruit of his hard work. For this purpose gourds, shells, hollow logs and animal organs were used.

The birth of ancient societies entailed the development of the first rudimentary forms of packaging for bulk materials. Jars and sacks were employed to contain seeds, amphoras for the oil and wine or baskets to hold the fruits. The containment types of foods and other goods grew rich thanks to the use of metals, but remained mostly unchanged.

The first turning point came in the late eighteenth century. The Industrial Revolution introduced massive changes in the manufacturing industry. Until then, most of the production processes was exclusively based on manual work and on the limited production of goods. The introduction of large-scale mechanization allowed the production of a greater amount of articles. This gave rise to the need of preserving, protecting and differentiating products.

Capitalism and industrialization changed the way of conceiving the object. It transformed into goods to be transported from the production site to the place of sale. In this light, two new requirements spread: the protection of items during long transportations, exposure and buying in stores.

The packaging answered back by becoming a symbol of functionality and aesthetics. Maintaining its primary purpose, protecting the goods, the packaging began to fill the role of persuading consumers to buy that particular product over another.

In the twentieth century the production techniques were so developed to allow the realization of every kind of packages. This is useful not only to sell the product but also to respond to new needs and adapt to changes in the tastes of different epochs.

At the beginning of the twentieth century, the packaging wasn't only asked to protect the contents during transport. It was also asked to submit it to the purchaser fulfilling his visual desire.

The beauty became necessary for packaging, which was perceived as an object totally independent from its content. 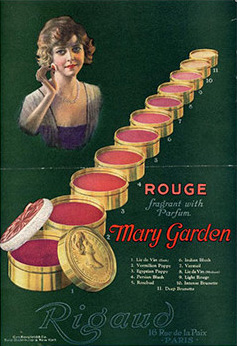 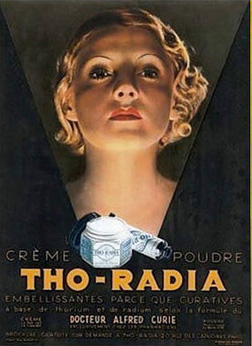 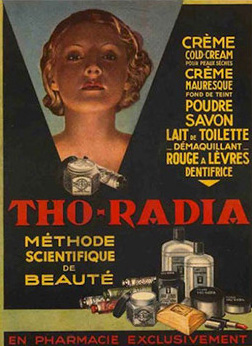 The packaging had its first change in the thirties, when the United States, characterized by mass market and consumption, began to look with increasing interest to it. For the first time the package is considered in its appearance. It is specially designed to better sell a product, without any other purpose. It became a silent salesman. It became a person not endowed with speech, but ready to launch messages and able to make himself understood.

The real transformation of the packaging world came after the war, particularly in the fifties, the moment in which Europe also started to experience mass consumption. New relationships start to establish between the different actors of the market (manufacturer, buyer, merchandise and point of sale). The center of the system is the packaging that, on the one hand, seeks direct dialogue with the consumer, in need of reassurance because he has lost all contact with the place and the subjects of production. On the other hand, it responds to distribution needs, the problems of storage and disposal of the products in the store. In addition, the increase in the number of goods necessitated a distinctive feature, the packaging itself, to allow the individual products to be recognizable and distinct from the others.
From this period on, you could start talking about modern packaging. "The overall form of packaging and submitting articles to offer to the public, in order to convince the consumer to buy the product and/or facilitate its handling and use" (Treccani). It is no longer simply a form, albeit evolved, of packing born with the sole purpose of allowing the safe movement of goods. It becomes a form of communication, a tool that can convey messages that attract and persuade the consumer to purchase that particular product.

Packaging in the beauty marketing

In the beauty market, perhaps more than in other sectors, the packaging plays a key role in convincing consumers.

In perfumery, in fact, the primary packaging is essential. It supports the brand in communicating the idea behind the product and the message behind the fragrance. In particular, the packaging integrates the brand, which is all in the world of fragrances. It has to fit the brand image and value it. This, in order to study the consumer targets and the type of fragrance to create the most suitable bottle.

So, investing time and resources in the creation of a bottle can determine success or failure of a perfume brand.

Stocksmetic: the design of packaging

Stocksmetic is an online sales site that caters primarily to the B2B market. It is born from the idea of proposing a primary packaging and sophisticated design. With small quantities in mind, we create products for the fragrance industry, skincare and pharmaceutical sectors. 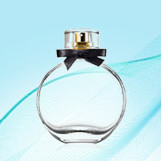 This line offers a wide selection of glass bottles, glass or plastic sampling bottles and roll-on bottles. They can be combined with capsules and accessories to create the ideal packaging for your perfume. 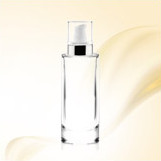 In this line, it's possible to choose between plastic airless bottles, plastic bottles, glass bottles, glass vases and plastic vases. Each item features a simple and elegant design ideal for making a cosmetic line. They can also be combined with a wide range of accessories. 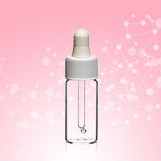 This line comes in glass bottles and plastic pill containers, with relative accessories, for your pharmaceutical line. 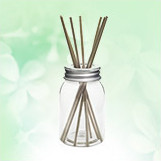 In this section we present the containers for environmental perfumers.

Once selected the articles and their interchangeable accessories, Stocksmetic also offers the ability to customize the packaging. Thanks to a wide network of expert partners in the secondary packaging, we can customize it to your liking. For any information regarding our products, please do not hesitate to contact us. Stocksmetic - Custom Packaging tailored for you.