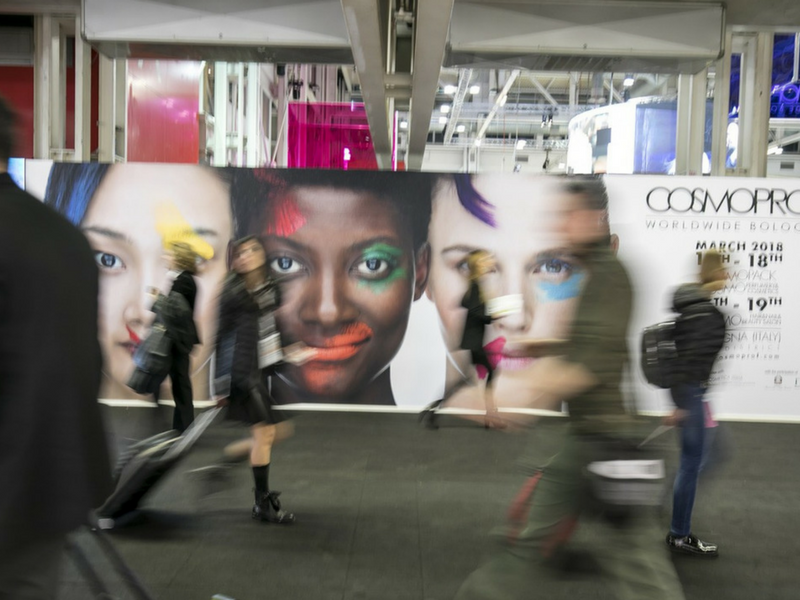 The excellence of the cosmetics industry was the protagonist from 15 to 19 March at Cosmoprof 2018, the trade fair that took place in BolognaFiere, exceeding the 250,000 visitors' number of the last year.

Cosmoprof Worldwide Bologna has been riding the wave of internationalization with numerous expansion plans and a new edition in India.

The latest data concerning this sector are very positive: according to Cosmetica Italia, the trade association, 2017 closed with a turnover of 11 billion euros, up by 4.4% and the projections for the current year show a further growth of 5%. Growth was driven by exports up by 9%: an absolute record for the cosmetics sector. And a further 9.2% increase is expected in cross-border sales in 2018. 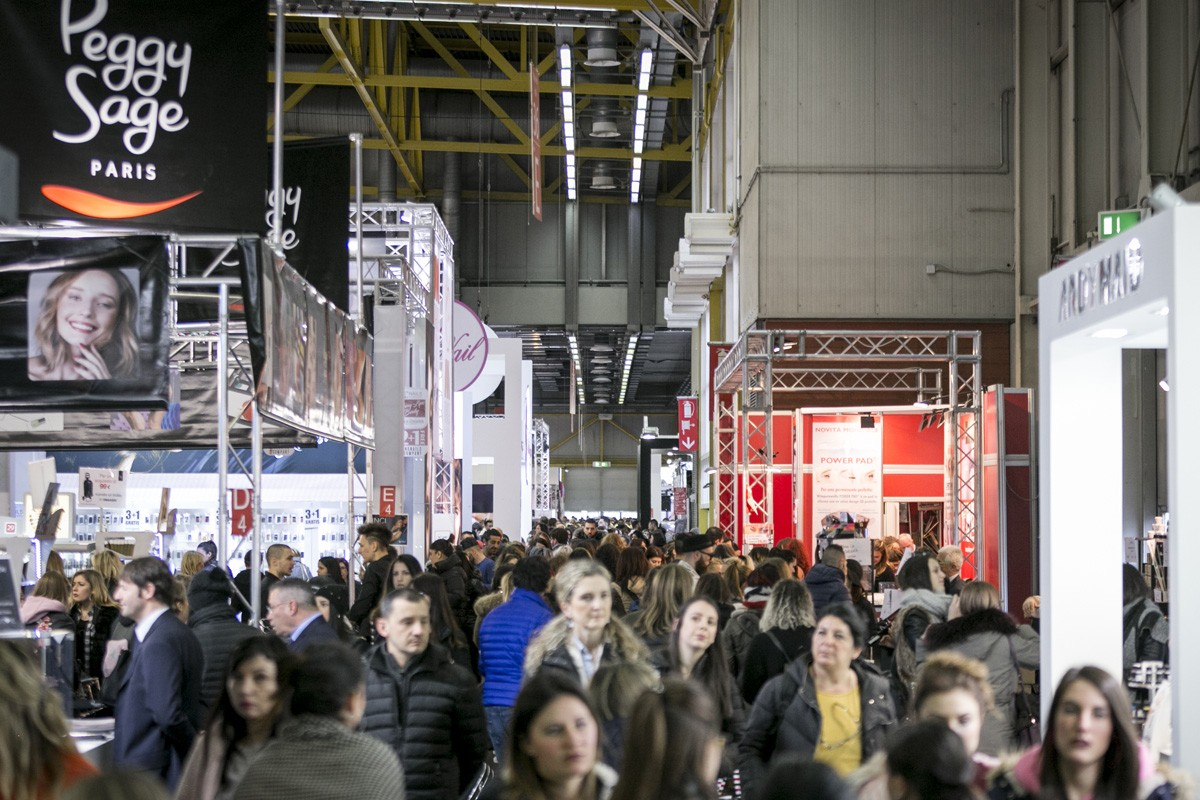 Once a year, everything new in the field of cosmetics, perfumery and make-up arrives in Bologna. Visiting Cosmoprof 2018 allowed us to meet 2822 companies from over 70 different countries, but also permitted us to get in touch with market trends and the new horizons that this industry offers.

Two trends emerged in a predominant way in the 51st edition: green cosmetics and multicultural cosmetics. The first one - with 130 companies representing it - has grown rapidly as an interest of consumers in a healthier and more ethical lifestyle. 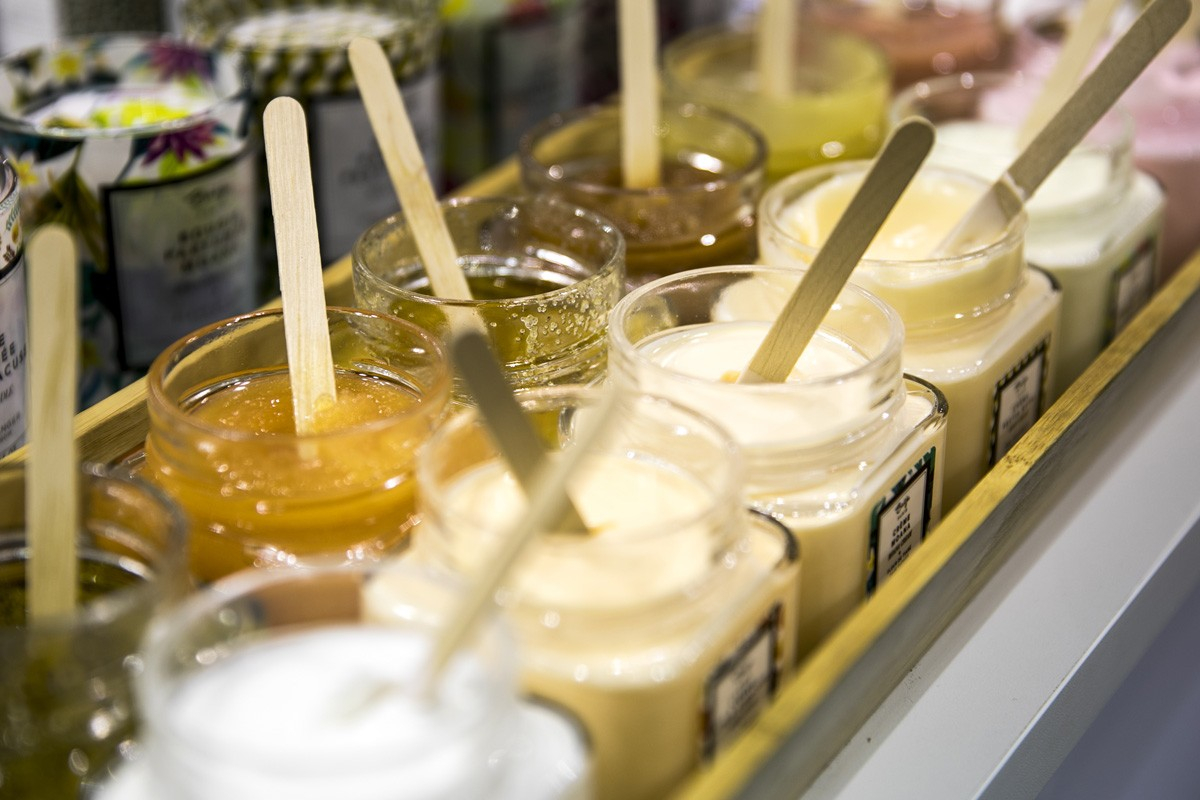 Green cosmetics - known worldwide as 'indie beauty' - is a constantly growing market, as consumers pay more and more attention to health and eco-sustainability. The "Green&Organic" sector of Cosmoprof Worldwide Bologna was certainly the ideal place to discover all the trends in the natural and organic beauty sector. Cosmoprof was also an incubator for niche markets, anticipating the next trends such as cosmetics with natural and organic ingredients and components, products for men and children, formulations for body and hair face, make-up, home fragrances and perfumes.

The other macro trend of the 51st edition of Cosmoprof 2018 was multiculturality: multicultural cosmetics, supported by the "Tones of Beauty" project, concerns all those skin cosmetics created for non-Caucasian women. In hall 19 at the Country Pavillon, visitors and industry professionals had the opportunity to see at first hand, in addition to multiple foundation and corrector shades, roll-on perfumed oils dedicated to black women and cosmetic products that are typical of the Japanese women's beauty routines. 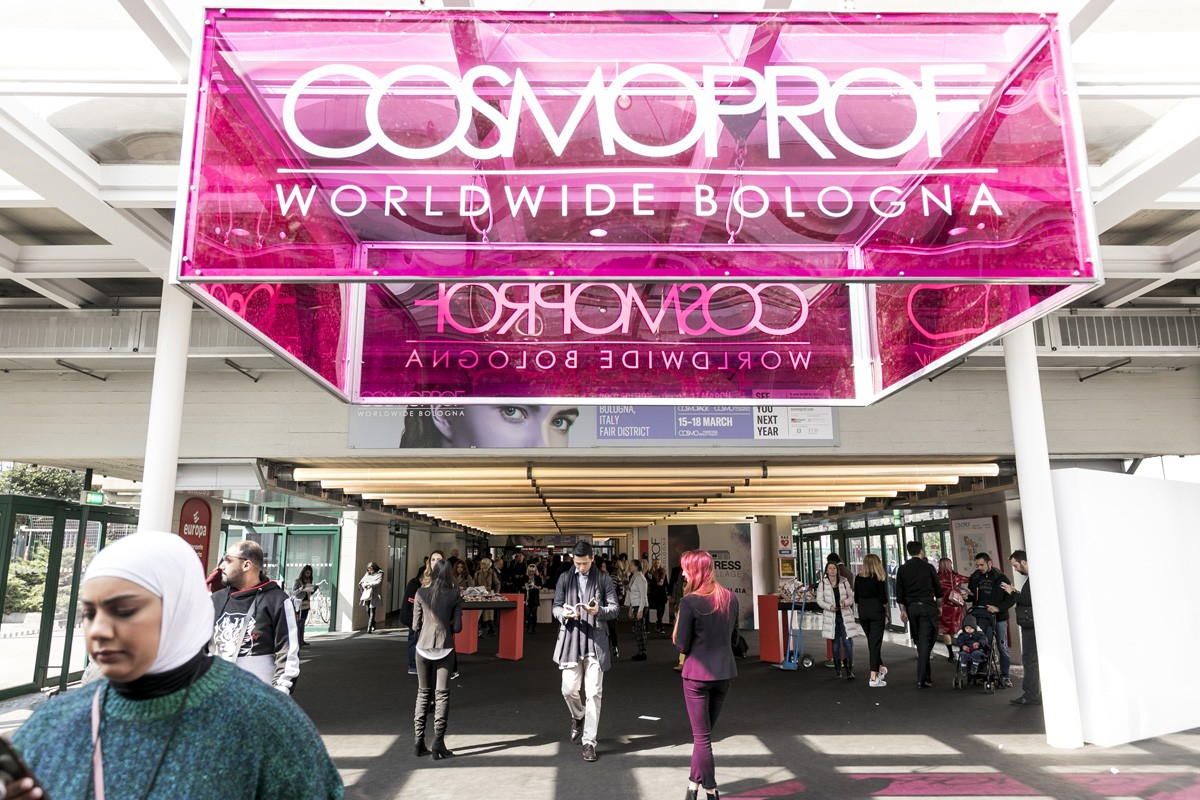 To underline the importance of this trend, the advertising campaign of Cosmoprof Worldwide Bologna 2018 was created by the great photographer Oliviero Toscani: at the centre of the scene two female faces of different ethnic groups, to testify that beauty is the enhancement of one's origins.

On Thursday, March 15th, at the Cosmoprof Arena Service Centre, many people attended two CosmoTalks events of great interest: "Beauty colors embrace diversity", to analyze the interaction between color and multiculturalism, and “The skin challenge: adapting skincare around the world” to discover the differences and needs of the skin in different regions of the world.

Cosmopack at Cosmoprof 2018, the beautiful side of beauty

The packaging of a cosmetic product is just as important as the cover of a book. It is the first element that attracts our attention and it is the first things to communicate and promote the brand. And if we like it, we often convince ourselves to buy the product before we have even discovered its contents. For this reason Cosmoprof Worldwide Bologna 2018 has chosen to dedicate four days, from Thursday 15 to Sunday 19 March, to Cosmopack, which represents the largest international trade fair dedicated to the cosmetics production chain in all its components: packaging, machinery and automation, third-party production and full service solutions. The creative content, the products presented and the innovative formulas have made Cosmopack a unique event. 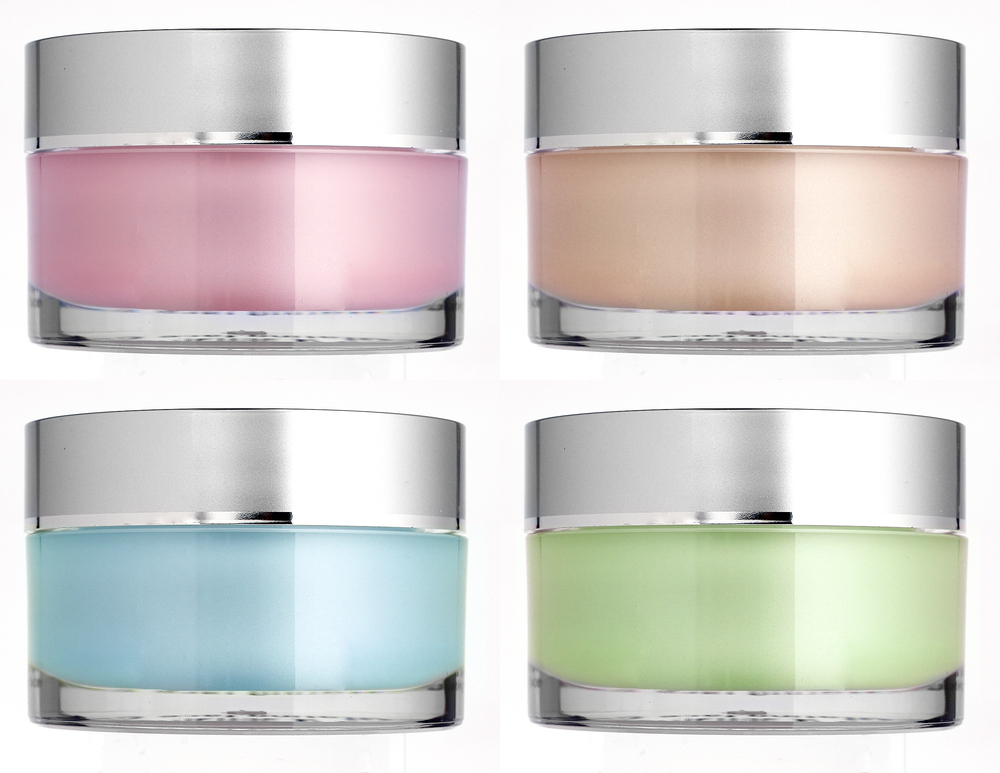 The synergy with the exhibition sectors of Cosmoprof Worldwide Bologna greatly increases the opportunities for the professionals in the cosmetics industry to develop new projects. All categories of products were displayed at Cosmopack: from make-up to skin care, from personal care to perfume and home fragrances.

Cosmoprof exhibiting companies, key players in the cosmetics industry, were the first potential customers of Cosmopack exhibitors, visited by decision makers from manufacturers and retailers in the beauty world, including top managers and entrepreneurs in the sector, purchasing, marketing and product development, research and development.

Cosmoprof Worldwide Bologna 2018: a successful format that renews and grows

This edition of Cosmoprof Worldwide Bologna was a success and the statements of Gianpiero Calzolari and Fabio Rossello are the best proof.

"Cosmoprof 2018 closed with a surprising result - said Gianpiero Calzolari, Chairman of BolognaFiere - recording +11% in the presence of foreign operators. Record numbers also for exhibitors who attracted an international audience, eager to do business but also to upgrade their professional skills. Cosmoprof's B2B vocation was further consolidated in the relationship between buyers and exhibitors.”.

"Creativity, research and innovation to meet the needs of an evolved consumer who is increasingly attentive to safety and sustainability issues: these are just some of the winning elements that confirm cosmetics as one of the best Made in Italy products. The national cosmetics sector - commented Fabio Rossello, President of Cosmetica Italia - continues to be driven by exports of +8%. Communicating this data on the occasion of the recently concluded edition of Cosmoprof Worldwide Bologna makes us even more proud to represent the sector alongside our historic partner BolognaFiere."